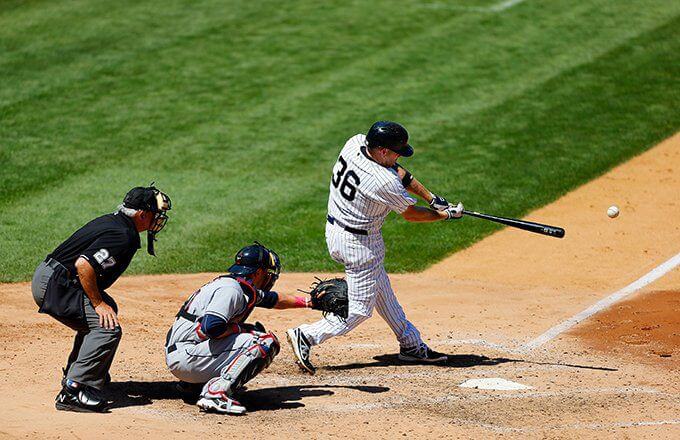 My son’s first season of prepared baseball wrapped this past weekend, and I’m thankful to his coaches, teammates, and my fellow mother and father for what frequently become the most high-quality hours of my week. Everything became upbeat in this league. Everyone got to play. The score turned into no longer saved. At the quiet of the season, the coaches gave every child a participation medal. The mission becomes: Have an awesome time, analyze a bit of baseball, try to get domestic without a bloody nose.

I recognize there are hard-center sorts who can’t abide by participation medals and suppose it’s a signal of America’s gentle decline. Still, critically, those parents can pass sit down on a rock. My kid is 6 years antique. He thought the medal had become quite cool. And wager what? My son wants to play baseball subsequent 12 months.

That’s the children’s sports world I want to live in. The international I don’t want to live in went viral the remaining week—a worrying brawl among adults at a teen’s three-hitter proposing…wait for it…7-12 months-olds. It took place in Lakewood, Colo., reportedly after some people took trouble with the sport’s umpire, which turned into…watch for it thirteen years old. What is going on with us? Adult brawls at 7-yr-antique baseball video games? Flipping out over a teenage umpire? It needs to be one of the world’s most embarrassing offenses.

What are you in court for?

Well, I was given in combat at the ballgame.

What’s the problem with you?

I don’t even know how someone gets that agitated at a 7-12 months-vintage baseball (generic term). My youngster’s group become primarily 6-yr-olds: Does something take place when they leap up 12 months? Does the sport abruptly come to be extreme and hard-center? Are the youngsters paid millions? Will my mortgage be driving the outcome?

With 6-year-olds, you spend most of it slow smiling. You factor them in the right direction at the bases. You remind them they bat right-passed, no longer left-exceeded, or vice versa. I watched a ground ball go through 4 sets of legs the opposite day. Kid baseball is the maximum adorable aspect I’ve visible, and it comes with cheese sticks and ice cream.

What do you, in all likelihood, say to a 7-yr-vintage after an adult brawl? If you watch the video, the maximum heartbreaking moment—and I don’t use the term “heartbreaking” lightly because it absolutely does take your breath away—is looking at the anxious children within the subject run far from the scene.

It’s a humiliation to all of us worried. I’m assuming the sizable, significant majority of people discovered a long time in the past not to brawl at a children 3-hitter—it feels, you know, like something adults need to no longer do—but it have to be a sign for every person to turn down the volume in sports activities performed through children.

Participation medals aren’t the problem. Adult over-seriousness is—and that’s a mentality that runs the gamut from yelling at umpires to locking a child on one sport at an early age. Listen to the professionals, the coaches, and the orthopedic surgeons: There may be a tiny advantage to going “all in” on a single game. More likely, it’s a pathway to repetitive pressure accidents, exhaustion, and burnout. That’s why it’s better to play the whole lot. Organized sports and disorganized sports. Team video games as well as man or woman ones.

Identifying the next pitching coach for FSU baseball